Mt. Kilimanjaro for Charity: How Amy Boley Climbed her Own Mountain

Amy Boley’s decision to climb Mt. Kilimanjaro for clean water grew from years of climbing her own mountain.

“You grow up with this assumption that there is a certain architecture in life and that’s how it goes, you know. You go to school, you graduate, you go to college, get a career, get married, have kids, retire, have grandkids, and then you die. This is the framework on which you put on all of the decorative elements of life.”

Amy paused. “What do you do when your framework looks different? How do you build anything on it when you don’t know what it looks like?”

Join Lifewater on its Climb for Clean Water up Mt. Kilimanjaro in 2019 >

It was seven years ago that Amy and Jake started trying to have kids. Years of doctor visits and medical tests went by, but nothing changed.

“That is when I really wrestled with God… we felt like we were supposed to have kids. If we weren’t supposed to, what was the point in having the desire in the first place?”

Amy recalled the brokenness that they experienced during these years.

“I just kept asking myself, ‘Where’s my legacy?’”

Journey to the Mountaintop

In 2015, Amy and Jake continued to seek an answer from God. Around the same time, they learned about Lifewater’s Climb for Clean Water, a Kilimanjaro charity climb to provide safe water and sanitation to families in Uganda and Ethiopia.

A regular cyclist and backpacker, Amy felt that she had to go. But, for two years, she wrestled with the decision.

God says, “Worry about kingdom stuff, and I’ll take care of the rest.”

She described it as a spiritual roadblock, always feeling that it wasn’t the right time. And, the prospect of raising funds for an entire village water project seemed daunting. She’d been involved in fundraising in the past, even traveling to Australia as a missionary three times.

“I was also really intimidated by the financial part of it,” she said. “I was nervous that I’d exhausted my resources.”

But, in 2018, she and Jake were beginning to find some peace with God about their family, and she knew it was time to go.

“I was finally in a place where I was ready to imagine something different for my life,” she said. “I realized I had been given the gift of time… and resources, and maybe I don’t have kids to take care of of my own, but I can do something to care for other people’s kids.”

After years of wrestling with her decision to climb the tallest mountain on the African continent, she finally felt confident in her decision to say “yes,” and in 2018, she flew to Tanzania.

The mornings were her favorite part of the journey.

She would sit with a hot cup of tea, close her eyes while the morning light touched her face and listen to the voices of the Kilimanjaro guides sing in Swahili, their feet dancing to the beat.

She felt united with her team, encouraged, and for the first time in a long time, capable of climbing her own mountains.

“Nobody gets to the top of that mountain by themselves,” she said.

When Amy decided to commit to Kilimanjaro— to helping thousands of children with a need for clean water and the message of Jesus— she created a legacy of hope. Because she said “Send me!” an entire village of children will have a greater hope for their futures (Isaiah 6:8)

You Can Climb Kilimanjaro for Charity in 2019

Amy Boley established her legacy on Mt. Kilimanjaro. She also evoked a bravery, a spiritual obedience, and an unwavering determination that she’ll carry with her for the rest of her life.

By doing so, she and fellow hikers raised over $170,000 for families in Ethiopia and Uganda. That’s thousands of children who will get clean water, live free of waterborne illnesses and, as a result, have the ability to spend more time in school.

To anyone considering this journey, Amy encouraged them.

“If God is calling you to the mountain, do not let money be the thing that stops you. God says, ‘Worry about kingdom stuff, and I’ll take care of the rest.’ And He does, He totally does,” she said.

Be a part of something that is bringing hope and opportunity to children across the globe, children like Grace and her sister Evelyn of Kakumiro, Uganda. The two gather water from a contaminated swamp each day, which gave Grace typhoid earlier this year. Because of courageous climbers like Amy, children like Grace will now have the opportunity to thrive with a safe water source nearby. 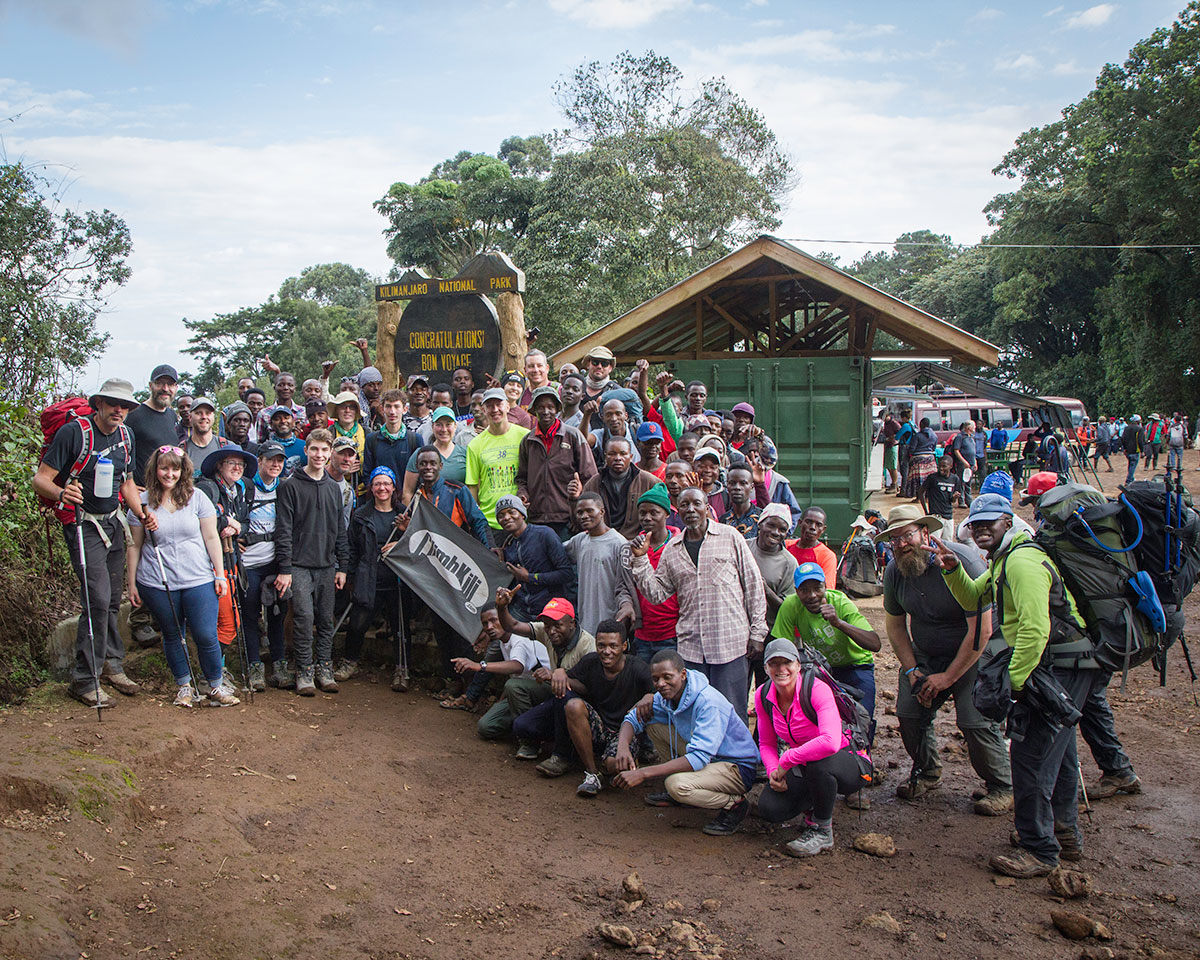