World Water Day 2022: The Water Crisis is a Woman’s Crisis

A staggering 784 million people live without basic access to safe water. That’s roughly 1 in 10 people on earth. Tuesday, March 22nd is World Water Day 2022, a day to consider the impact of clean water in the world and make a difference. 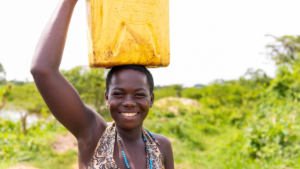 When Did World Water Day Start?

World Water Day was established by the United Nations (UN) in 1993 as an international day to highlight the importance of safe water and bring awareness to the world water crisis. Today, the UN’s Sustainable Development Goal 6 aims to “ensure availability and sustainable management of water and sanitation for all” by the year 2030.

At Lifewater, we believe everyone deserves safe water. That’s why, for over 40 years, we’ve worked to end the water crisis by constructing high-quality, lasting safe water sources in the world’s most water-poor communities.

The Water Crisis is a Women’s Crisis

After working in this field for so long, at Lifewater we recognize something else too: that the water crisis is a woman’s crisis. When we say this, we mean that women in regions without access to safe water bear the brunt of the responsibility and the hardship.

And it starts young. It is common for young women and girls to be asked to stay home from school to help the family gather water. Even if they make it to school after a morning trip to fetch water, they often arrive late. This puts them farther and farther behind their classmates.

It gets even harder once young women begin menstruating. A lack of basic hygiene and sanitary bathrooms usually accompanies water scarcity, which keeps many girls at home during their periods. A UNESCO report estimates that 1 in 10 girls in Sub-Saharan Africa miss school during menstruation, which can add up to almost 20 percent of the school year.

Between these challenges and demands at home, many young women end up simply dropping out of school in their early teens. This is a loss for the student and her community: by some estimates a young woman’s earning potential increases by 25 percent for every year she remains in school.

In marriage and later life, lost time gathering water significantly reduces productive farming time for women in parts of the developing world. With safe water nearby, it’s estimated that women could feed 150 million of the world’s hungry. Safe water and hygiene also drastically reduce maternal and infant deaths during pregnancy.

If it’s clear that the water crisis disproportionately affects women in every stage of their lives, then another truth should be emerging as well: providing women with clean water and sanitation training can change the world. 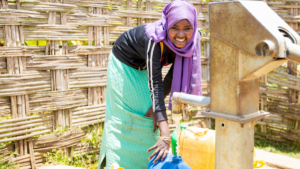 It already is, in many of our programs. Given safe water, women use it to increase farming and business ventures, keep their children in school, and help their community.

This World Water Day, join a community of people advocating for the rights of students, wives, and mothers around the world to have safe water.

“Sometimes we lose hope of being happy in our homes.” - Joyce