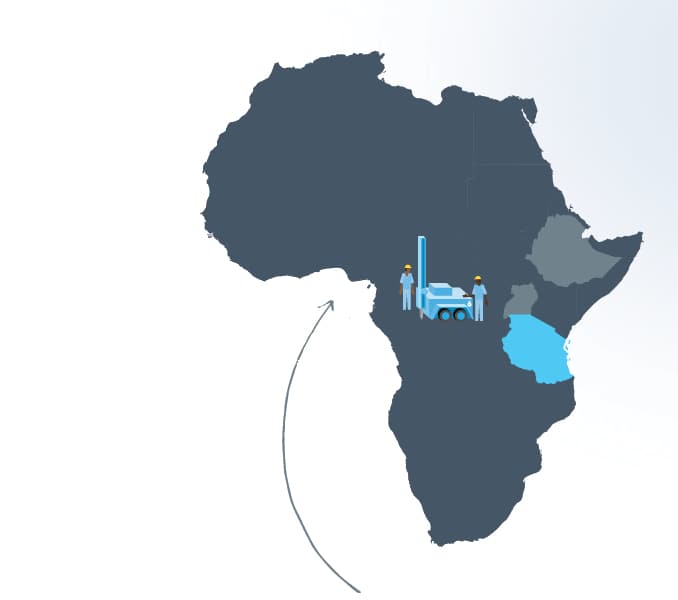 A Brand-New Country Program in Africa 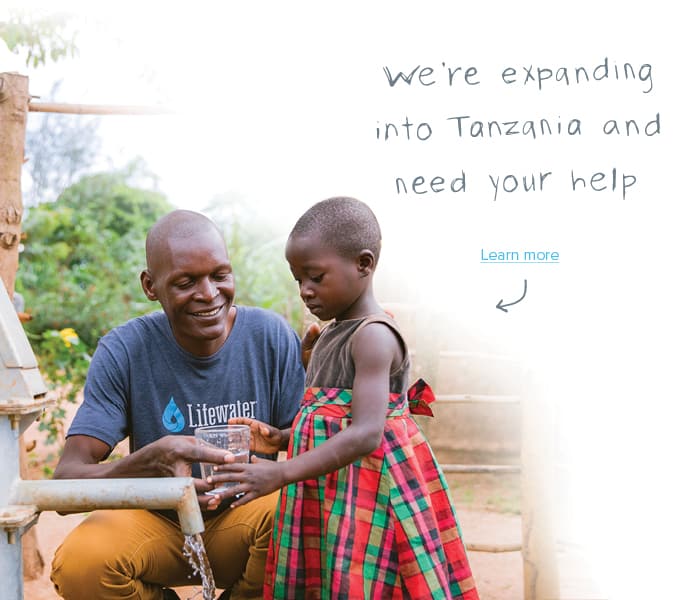 Your Gift Will Make the New Tanzania Program Possible

Your gift will help us hire and train local Christian staff to serve families living in extreme poverty.

Your gift will equip our local staff with computers and mobile phones to monitor program progress.

Your gift will provide a rugged field vehicle to move equipment and staff throughout the region.

Your gift will provide a safe compound for our staff plus desks, chairs, and other office equipment.

Your gift will go toward engineering equipment and planning to determine the best locations for future water projects.

5 Reasons Lifewater is Expanding to Tanzania

Will You Join in Praying for Tanzania?

Please pray for the people of Shinyanga, Tanzania. Ask God to begin growing a spirit of trust as we prepare to work in communities for the first time.

Shinyanga is a rural district in northern Tanzania and home to more than 300,000 people. Most do not have access to safe water; instead, families collect murky, disease-ridden water from ponds and rivers in open buckets.

Hadija Joseph is a young mother who struggles to gather enough water for daily use. Twice a day, she and baby Witness journey to a nearby swamp to fill their buckets with contaminated water. The water makes Hadija and Witness sick, and they must travel three hours to receive treatment from the nearest health clinic.

Mothers like Hadija and babies like Witness are why Lifewater is beginning a new program in Tanzania, and why Shinyanga is the first district that will be served.

“Shinyanga has some of the poorest sanitation and hygiene in the entire country,” Devocatus Kamara, Lifewater’s new Tanzania country director, said. “In some areas, women and children spend over six hours a day in search of water.”

“This is the time for the people of Shinyanga to experience God’s love through a life-changing transformation,” he added.

Of the 57 million people living in Tanzania, nearly half live without access to safe water.

Only 25% of the population has access to improved sanitation; 43 million people don’t have a safe place to go to the bathroom. Most families live in remote, hard-to-reach communities.

In the district of Shinyanga, many people are drinking surface water or water contaminated with human and animal feces. Because sickness is so common, children frequently drop out of school. In desperation, many families turn to animist beliefs and witchcraft for healing.

The impact of this water crisis on the youngest and most vulnerable is devastating. 9.2% of children in rural Tanzania die before their fifth birthday.

This is why Lifewater is beginning a new program in Tanzania to work in remote, poor districts like Shinyanga. As it says in Proverbs 31:8-9: “Speak up for those who cannot speak for themselves, for the rights of all who are destitute. Speak up and judge fairly; defend the rights of the poor and needy.”

With God’s help, together we will end the water and sanitation crisis in Tanzania.